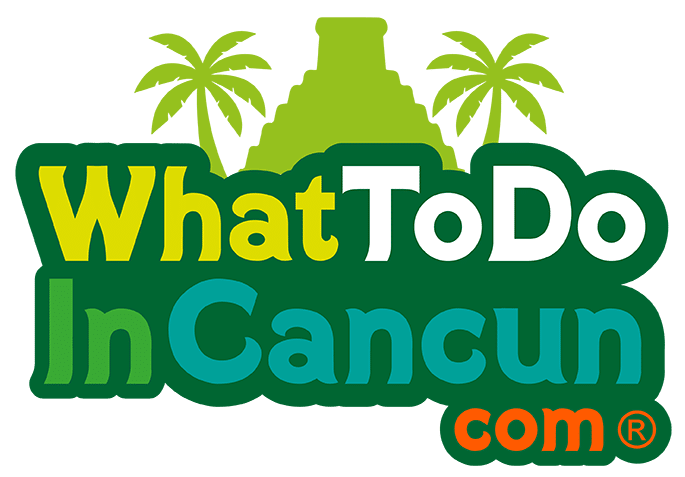 Fish in Cancun of the most beautiful things in the Caribbean is the great little universe that lives under the sea; The Caribbean opens its doors to a whole new world, in which you can immerse yourself to discover corals, reefs and many species of fish.

Within those species of fish, there are 10 that belong to our list of the top 10 tropical fish in Cancun:

The puffer fish in Cancun is one of the most curious fish in the aquatic world. It is known for being able to swell until turning its elongated body into a true spherical ball.

It’s an exotic tropical fish that, despite its curious appearance, is one of the most poisonous in the world. You can see it in the Xcaret Park aquarium or on our

It may interest you: Xcaret Plus Tour

The mahi-mahi, also known as the goldfish or common fish, is a fish found on the surface of tropical and subtropical waters around the world.

Thanks to its bright colors such as electric greenish blue, its dark spots, and its shiny underside, it is one of the most curious and exotic fish. It can measure up to 2 meters (6 ft 7 in) and weigh about 60 kg (132 lb).

You can find it in Cozumel during the season.

Sailfish is one of the fastest predators; Their long body, large sword, and flexibility help them hunt easily. Its dorsal fin (which resembles a ship’s sail) is also part of its unique qualities, as is its size. If you are wondering where you can observe it, it could be through a snorkeling tour, mainly in the winter season in the waters of Isla Contoy.

The triggerfish is a rather curious species, it belongs to the family of colorful fish, it measures around 40 centimeters and what is most striking are the spiny rays on its head.

This amazing fish seems calm at first glance, but in reality, it is known for being a fish that is not afraid of anything. Thanks to its rigid structure, it can defend itself against its predators. You can also find it in the Xcaret Park aquarium or in our snorkel tours.

Yes, this little fish is called a blue surgeonfish and you probably already knew it because of its notorious appearance. Blue surgeon fish is a small fish that live in coral reefs, easy to spot thanks to its coloration and conspicuous characteristics such as its royal blue and canary yellow hues.

At first glance, they may not seem too “exotic”, but they are quite tropical and widely seen in our Caribbean waters.

You can find them in the coral reefs in different parts of Cancun, such as Isla Mujeres, Cozumel, and Punta Nizuc, or in the Xcaret Park aquarium and of course in our snorkel tours.

It may interest you: Isla Mujeres Catamaran + Snorkeling Cruise Tour

Exotic, curious, small, and very striking. Butterfly fish are around 12 to 22 centimeters.

They are brightly colored, with patterns of spots in black, white, blue, red, orange, and yellow. You can find these little ones in tropical waters in coral reefs; They are always in a group, so probably when you are snorkeling you can see many of them. You can find it in the coral reefs of Cancun and in the aquarium of Xcaret Park. Visi them in our snorkel tours.

It may interest you: Cancun Speed boat Tour And Snorkeling Adventure

Fish are not only found in the sea, you can also find them in cenotes. The “Discolored Juil” or “Rhamdia Guatemalensis” is a small fish found in the cenotes of the Yucatan Peninsula.

The appearance of this fish is not similar to the previous ones, since its body is longer, despite being small, and the most curious thing about its appearance is that it pretends to have “whiskers“.

You can see this little one in the cenotes, for example, in the Tulum + cenotes tour.

The pomfret fish is a species considered of great value by the fishermen of Cancun since it is considered one of the most difficult fish to catch.

You can find the Pomfredt Fish in Isla Blanca or Cozumel.

Scaridade fish or as they are commonly known as “parrot fish“, are a species of fish that are characterized by having vivid and bright colors such as pink, purple, blue, green, and orange, as well as the shape of their very particular teeth.

These exotic fish are distributed in coral reefs. They are quite calm, and they are not totally herbivorous, as they are small invertebrates. Fishing in Cancun, get to know the marine fauna with our snorkeling packages.

They are currently a protected species thanks to their importance in the ecosystem. You can find them behind the Xcaret Park reef aquarium or in our snorkel tours.

Some interesting characteristics of the Salmonete are its peculiar reddish color.  Another point is that it swims slowly and unhurriedly. This last feature makes it very easy to appreciate when you are snorkeling.

Did you know that the mullet fish changes its color before it dies?

It is a well-known fish among the different areas of Quintana Roo. This is because being a semi-fatty fish, it belongs to salty waters.

We hope you liked this blog a lot and it encouraged you to get to know all these species!